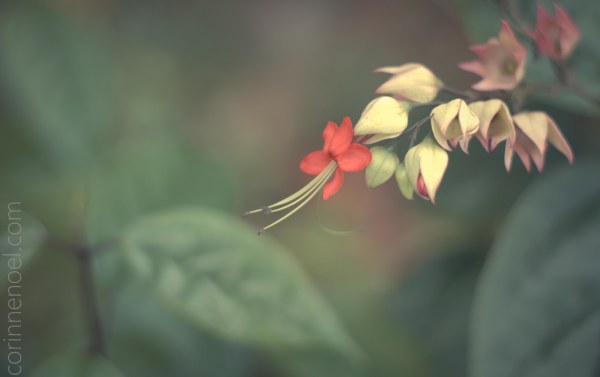 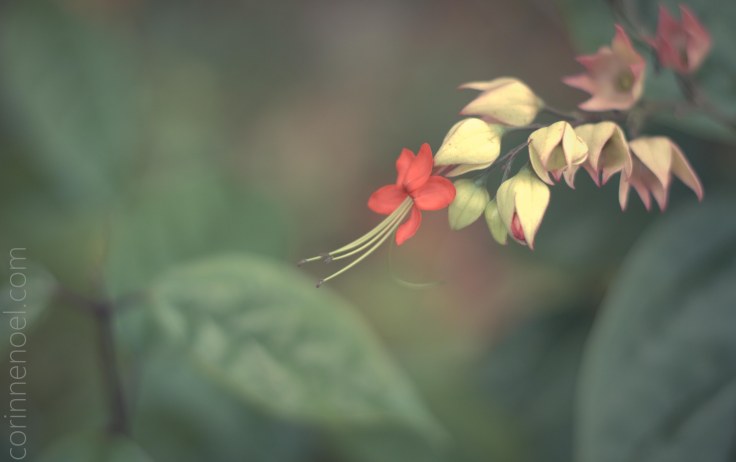 We’ve been living in the same house for the past 5 years. Not too much has changed, same color on the exterior, a few walls inside are different, a few new items from Ikea, but for the most part, it’s all the same. The outside vegetation has been completely dead or so overgrown that the neighbors wonder if we’ve moved out 😉 The back yard is the most neglected, we had grand plans for that space, complete with a grill, fire pit and seating for the family to eat outside when it cools off. All that being said, I think we have been out there to eat, maybe once! The plants and the bugs took over and life got busy and we forgot about what grand plans still wait in our backyard.

We had some plants in the front yard die this past winter, so I asked our youngest, Bronson to find something alive from the backyard that might do well in the front. He chose bleeding hearts. They thrived in the backyard with just dappling of sun during the day, but they were being put in the full sun. Usually I’d read up on a plant to make sure it was the right spot, but being busy, I just smiled as he planted them.

The first 2 months, they dried up, all the flowers fell off of them and I was just grateful to have something in front of the house. I was sure they were gone. Enter monsoon season and 7 inches of rain in a weekend. Suddenly every plant we thought we lost from drought….came back with a vengeance! We are still trying to cut things back after 2 weeks of pruning!! The bleeding hearts are doing beautifully 🙂 I never really cared for them before, they were more like weeds in the back, every time we cut them all down, in a week they would be back. This is a photo of one tiny bleeding heart flower, all alone, silent and still. They were always there, I just never took the time to really see them. I never realized how lovely they are 🙂

I say all of this to bring up the fact that I love photography 🙂 It took so long for me to realize it! I’ve been shooting again, all thanks to God who answers prayers for a camera and gear to shoot with and then amazingly supportive and loving friends like Jennifer Ford-Cote, Joni Dusek and Carissa Warfield, who answered the call!!

I’ve learned a lot this time around. Though I’ve preached about it not being about the gear…I was comfortable saying that with $4,000 worth of gear in my bag! I’ve used entry level cameras this time around and you know what…they still take photos!!! It’s been challenging, but so worth it! I’ve had time to make do with what I had and I really had no idea how good some of the consumer cameras are! It’s been a great experience and now I know after all this time which camera and lenses I want to start back with 🙂 It’s not the most expensive, but I’m comfortable with it for now. I realize that I got caught up in the newest gadgets and better glass (more expensive lenses) and I know now, that I didn’t need all of that!

Thank you for all of the support from my family, my friends and my clients! You all believed in me and you loved me back into a place that I never should have left…I know…you were all right 🙂 I’m excited to tell some more stories with my photos on this blog, maybe not just my stories, maybe your stories. So stay tuned…we’re just getting started! 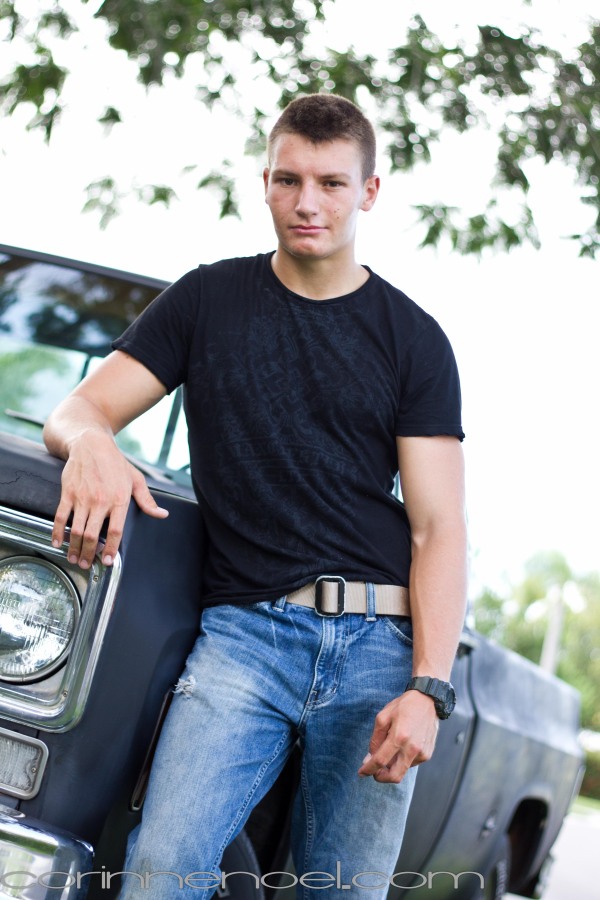 This is a story of a boy and his truck. This boy since he was old enough to talk, spoke of his love of cars and trucks. He had his favorite Matchbox cars and trucks as a toddler. As he grew older, he could name the make and year of a car just barely in sight and tell you facts about that car that the average person wouldn’t know. He would watch “Overhaulin” with Chip Foose every chance he’d get and he would talk about how that would be the coolest job in the world, how he wished one day he would have an old truck that Mr. Foose would come and make new again.  He would constantly ask his Mom who knew NOTHING about cars, very specific questions like, “Does it cost more for 2 small tailpipes or for a really big one?” His mother having no idea and not the ease of Google back then, she would say, “You need to find it out yourself.” This boy would always find the answer…somehow?!

This same boy when he turned 15 and started to drive, was a much better driver than his Mom could have hoped. He listened to her instructions, he did everything by the book, which made his Mother very proud 🙂 He talked about wanting an old truck and every one he would pass on the road, he would say if it would be the perfect one for him. He searched them out on Craigslist and if they drove past one, he would make her turn around just to drive past it…r.e.a.l.l.y…slow!

When he turned 16, he was blessed with a job on a surveying crew and his first job was more than his Mom could have asked, because she knew his boss & he was a truly kind man. He worked 40 hour weeks in the hot sun on his Summer vacation to save up for his dream truck. He finally saved up enough to buy a truck, he searched out one online and they were off to get a truck. They drove an hour to get there and when they pulled up to the truck…his Mother’s eyes were as big as salad plates! This truck, that they drove an hour for, looked nothing like what the photo showed. The man walked out, introduced himself and they started thier way around the truck. It was in rough shape and that was even being kind. He came down $450 from his original price, making it a $750 truck. The boy drove the truck and when he stepped out of the truck, what his mother saw was truly shocking. That boy was grinning ear to ear, like he was…in love! How could this be? It is so rusted, the door could fall off any minute and the paint job…it’s been spray painted black…which is now more of a grey! The boy wanted the truck…so he bought the truck.

The truck worked one day…it was in the shop a week…it worked one day…it was in the shop another week. The boy’s mother was hating herself for letting him buy that truck! That truck…the one with all the problems…the one that nobody would want! The man selling the truck told a story of it being his grandparents truck, they bought it in 1977, they drove it around their family farm for 33 years and somehow only put 54,000 miles on it! He didn’t want to part with the truck, it was the only thing he had left to remember them by, but times were tough for him now. He could have scrapped it and made more money, but he wanted to sell it to someone who would keep it, love it and maybe one day restore it.

To the average person,  if they saw this truck, they wouldn’t buy it and if they did, they would sell it to the junkyard for scrap or parts. The boy’s mother had a similar thing happen to her when she was a teenager, but it was a horse that no one wanted, that looked more like a donkey than a horse, and the man who owned her wanted someone to love her. He could have made more money sending her to a glue factory (horrible thought), but he loved her, so he sold her to a man for $200. That horse was loved and was trained by the little girl and when she was older, that horse was beautiful and worth so much more money than anyone could have thought. So the mother understood how he could love this “Ugly ducking” of a truck, because with love from this boy, it could one day be beautiful!

The mother was fortunate to find a really amazing mechanic, who offered to show the boy how to fix his own truck, just so it would run. The boy isn’t worried about how it looks, he just wants it to run, he wants to sit behind the wheel of his dream truck and smile and know that it’s all his and that he loves it…just as it is. 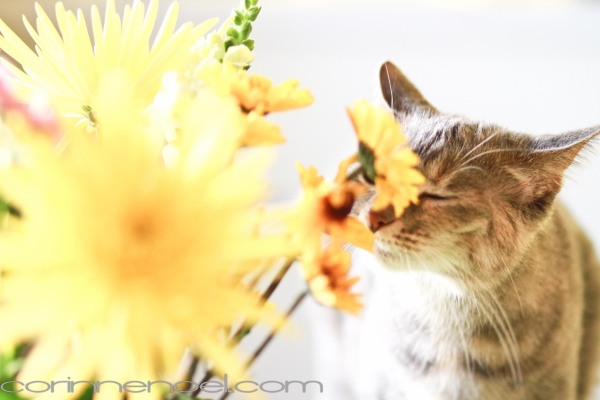 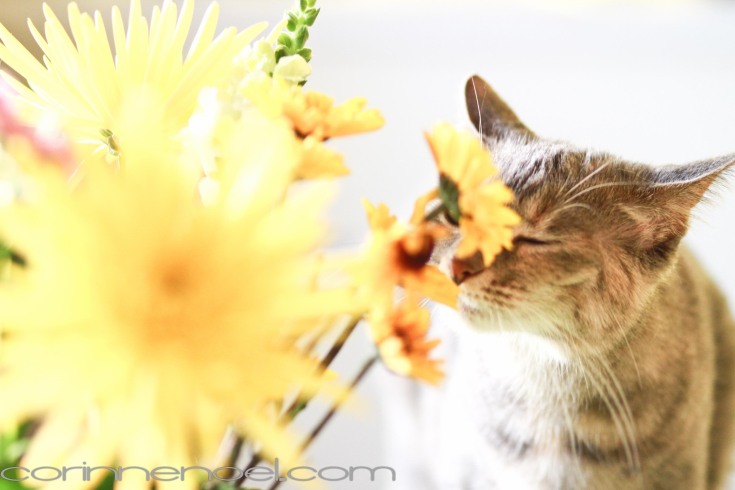 Most of my life I can remember my Mother telling me to help others before myself. I did that growing up and then found that there is a point where you give so much, that you have nothing  left to give, you are no longer healthy enough to help anyone. This is an area that most people have problems with. Yes, it’s great to help others & do nice things for them, but you have to make sure that you are healthy first! It took a 2 year period of classes at a Lifestyle Management Class in Dallas, Texas called Pathways, before I ever understood how to give & still hold onto some for myself.

There is a process that I went through that is called “Are you a giver or a taker?” This is all about giving to others, not out of personal reward & not out of selflessly trying to give help that you are not really able or should give. This is about giving help in a way that you are able to, keeping some for yourself & that when you do give, it feels good, you still are in one piece & everyone walks away a winner.

I’ve thought about blessings lately…I went to an awesome Ladies Retreat with Aletheia Tampa and although there were many things I learned, the biggest lightbulb moment for me was approaching each new day with the question of “Who can I bless today…How can I be a blessing?”  The question that I believe most people ask themselves toward the end of their lives is…Was I a curse or a blessing? What kind of legacy am I leaving behind? I’m hopefully not nearing my time of departure anytime soon, but why wait until you’re 90 when you could have changed your path at 30 or 40 years old & made a difference & left an amazing legacy for your children!

I want to leave a legacy
How will they remember me?
Did I choose to love? -Nichole Nordeman

Here is my challenge to you…if you know me…ever met me, talked to me online or in the real world…if you are from my past or still in my present…I want to hear from you! I want you to be honest…have I been a blessing, did I choose the high road, or was I less than a blessing and more of a curse? If so, then tell me what I did to bless or curse you…so I may apologize & do my best to now be a blessing to you. Why wait until the end of your life to question if you loved enough, gave back enough, was a good friend or a horrible friend? I want to be a blessing…please let me be…